Even though it was only the best of a small remnan 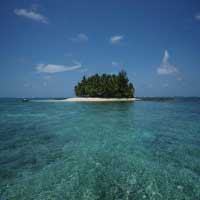 Posted By: microcaps
Re: tisdal #889
Even though it was only the best of a small remnant that returned to jerusalem from babylonian captivity, they had not learned to put God 1st- so God sovereignly bypassed thier rebellious free will and stirred up their spirit.
Since the church has steadfastly refused to grow up and even entertain the idea of getting free of their huge rebellious carnal double-minds God will have to sovereignly stir up their spirit and bypass the millions of Isa 25:7 veils of deception to open their eyes as he did with apostle Paul and in Haggai.

Until now true xtians have experienced almost nonstop persecution because humans rebellion gave the title deed to the god of this world and there arent enough true xtians who understand or who can fight spiritual warfare w the weapons of our warfare as seen e.g in Ephesians 6 and accept the five fold ministry the lamb created AFTER the cross to educate and build the church (Eph 4:11-14 etc as we see throughout the New Testament.

Instead evangelicals - the highest form of xtian known to the secular world have not yet accepted these things bc they dont believe in being born again and thus have no power. the disciples were told to stay in jerusalem until they had received power from on high - Acts1:4-8;2:38 etc the Holy Spirit baptism spoken of in John ch 11 ff.

1974 I was shown the history of mankind from past to future when taken in the spirit-only the spiritual related things-and it was good.-unlike this present persecution. see daniel ch 5 mene mene tekel parsin
a sudden judgment and sudden turn of events just in time.
the bablylonian system of evil will collapse like a house of cards
when God intervenes the authorities will side with and represent the righteous and the wicked will have no place to hide.
the red sea miracle and the release of the wealth of the wicked to the righteous
the covenant of the wicked w the adversary will be broken and will no longer protect the wicked
this Change will affect everybody- God will pour out his justice-which is wrath
the law of iniquity will be put to death- judgment to the wicked and blessings to the righteous. Except for certain interventions like using the usa-only country who had declared christ as God to win ww2, evil has spread seemingly ever since as Gods ppl slept and denied the battle field

thus God people have been oppressed and forgotten the earth and the fullness thereof are His and Isa 60;Eph 4:11-14 etc
the change is just beginning - which includes the release of the wealth of the wicked to the just as in the exodus- bountiful miracles which will be witnessed by society and reported by the secular press (whats left of it after judgment begins) in astonishment as many have prophesied, including taylor. the wicked are so ignorant and arrogant they think they have won for eternity via the stolen election which scores have prophesied will be rectified soon-some say this year-see elijahlist.com. search for prophecies by subject if you need to

Wicked authorities will be replaced by godly authorities as in the beginning.
the wicked will still be here but they will no longer be ruling bc they will never receive nor understand (Dan12).

I've mentioned hundreds of prophecies on elijahist.com re these things as well as the last few chapters of Visions from Heaven by Wendy Alec and Donna Rigneys the glory of God revealed.,ch 21-"justice will bring change" in response to the cries of his children (Luke 18:7) as in Egypt.

since evangelicals have denied the born again experience and power and eph 4:11-214 etc they have rejected spiritual warfare and are thus powerless ,they are helpless and only look for the escape of a rapture -which is coming but not until Gods will is 1st done in the earth as the lords prayer says in fulfillment of Gods purpose to use our present existence as a training ground to rule and reign w him during the thousand year millenium on earth
(Isa 60-62, 65-66;Rev,ch 20- etc and read ch 21-22 also).

and Oral Roberts A Hand Touched Me speech of feb 1989.

Ive written a thousand pages re these things under the inspiration of the Holy Spirit so theres not much room here- buy the books ive mentioned-evangelicals dont accept women in ministry (and there are some limitations due to what eve did) but women prophetesses have been around since Miriam. perhaps bc the men are often out fighting.

the law of the wicked will be broken-the golden calf will be broken just in time
a sudden judgment and a sudden turn of events just in time
i saw that my children were almost crushed but they will be revived
i will remove those who have opposed you (i have seen this happening in the last 9 months.

these are just tiny portions of what i've been told and heard in writing under the inspiration of the Spirit in thousands of pages, including on these boards where few if any as usual recognize it

so hold on - he knows a longing fulfilled is a tree of life and a hope deferred makes the heart sick so hold on-many give up just before their ship comes in
dont worry -after these decades of deliverance evil will return sometime before the rapture to test those who have not yet been tested-and after the rapture evil will return w a vengeance during the 7 yr tribulation since all xtians will have been removed to heaven, awaiting the 1000 yr millenium followed by a glorious exciting learning existence in heaven for eternity- do you know how long eternity is.