“it's interesting because i've been talking to m 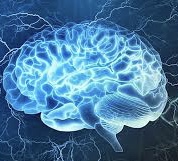 Posted By: ClosetInvestor
Re: Hulk767 #85568
“it's interesting because i've been talking to my wife about how the U.S. seems to be falling behind the rest of the world on many themes. for example, China just became the first country to categorize "internet addiction" as a medical disorder.”

The Chinese government has been, and is currently, suppressing religious freedoms in China, including placing Muslims in re-education camps. Personally, I’m not religious, but I’m of the belief that one can practice the religion of their choice. China also controls the country’s internet and social media. Somehow taking the lead on internet addition seems a small forward for a country that’s heavily oppressive.