10 Things About Bitcoin You Should Know 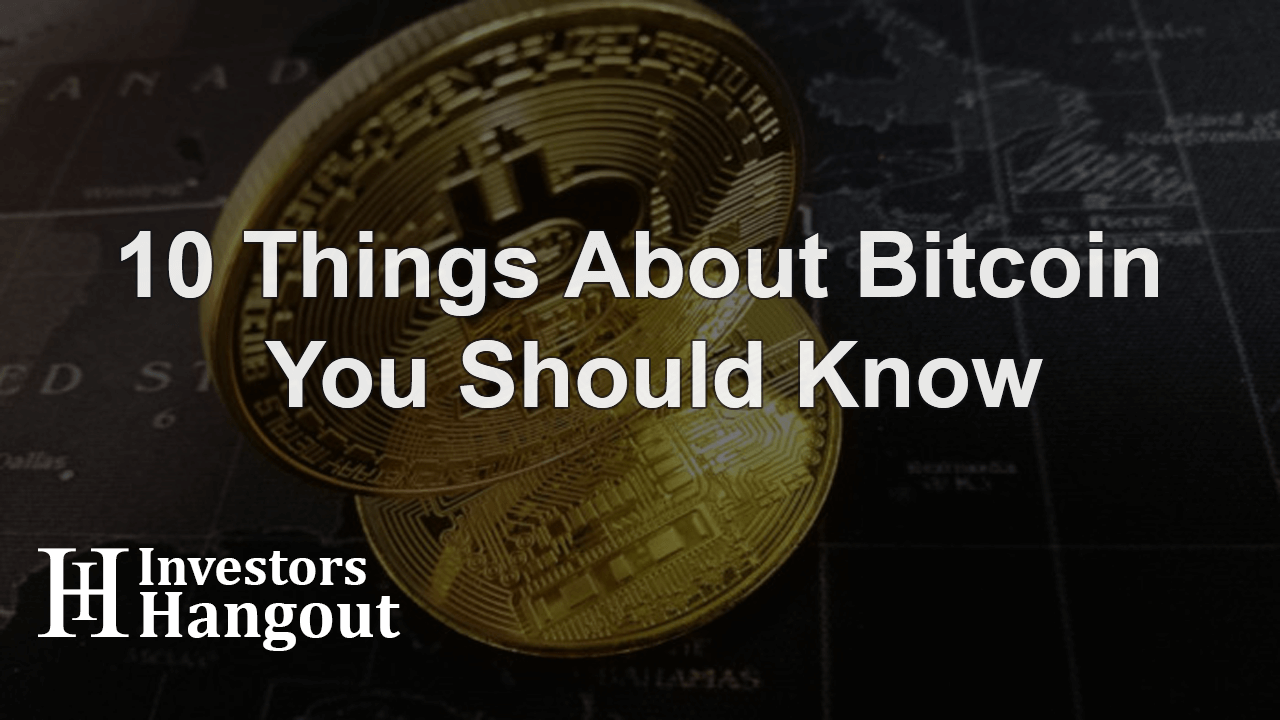 
You have probably heard of bitcoins, the digital currency. Bitcoin is a type of cryptocurrency which works on Blockchain technology.

Here are 10 things which you should know if you are planning to invest in bitcoin. These points will clear your understanding of bitcoin, its use in financial transactions and so on.

The idea of bitcoin was generated when a white paper of 9 pages (Bitcoin P2P e-cash paper) was published on November 1st, 2008 by the inventor with the pen name Satoshi Nakamoto. This white paper was sent to those mailers who believed in the concepts of cryptography and decentralization.

On January 3rd, 50 bitcoins were mined by Satoshi Nakamoto. So this date is considered as the official birth date of bitcoins.

Decentralized currencies are free from any geographical boundaries like the internet and that is why bitcoin is also known as the ‘currency of the internet’.

In order to buy bitcoins, you need to first make a free account on a high volume bitcoin exchange like Vancouver’s QuadrigaCX or Coinbase. This account will act as a secure place where you can store all your purchases and tools which are required to convert your local currency into bitcoins. Once the signup process is complete, link your bitcoin and bank accounts. After completing a few verification steps, you are all set to go.

You can also use bank wire or debit/credit card method for the transaction purpose if you are not comfortable with linking your bank account.

Unlike money, you can’t generate infinite bitcoins. The supply of bitcoins is limited to only 21 million. At present, 17.5 million bitcoins have been already mined and the supply of the last bitcoin will be in 2140. After passing this 21 million cap no more bitcoins will be mined.

In banks, if you forget your password, you can contact your bank to retrieve your money or you can show your ID card to the bank to withdraw your money. However, in the crypto word, your private key is everything. You can’t afford to lose it otherwise you will lose all of your funds. You need to keep your private key safe as it is the critical component for your bitcoin ownership.

Bitcoin is accepted at a lot of places. With bitcoins, you can have your favorite coffee or can purchase your favorite dress online. Approximately 100,000 vendors and merchants accept bitcoins as one of the payment methods. The list includes Starbucks, e-commerce websites like Purse.io, Overstock.com, technical companies like Microsoft, Tesla and so on. You can make payments via wallet applications. You need to enter payment address by scanning a QR code.

There is a great scope of bitcoins in the coming years. Bitcoin is already approved as a currency by two of the world’s largest future exchanges- CME Group and CBOE Global. According to financial analysts, through futures listing cryptocurrencies can turn into lawful asset class but the chances of volatility can also increase.

The anonymity of bitcoin is a myth. You can’t make an anonymous transaction with bitcoins. Bitcoin service providers are now implementing KYC/AML regulation for their customers. Now you need to submit your identity proof and residence proof in order to shop via bitcoins.

Bitcoin has no fundamental metrics upon which investors can evaluate. Unlike publicly traded companies, bitcoins cannot be evaluated through balance sheets, financial statements and investor presentations.

Bitcoin is a peer-to-peer currency. It works on a system where you can transact bitcoins without any third party system. The transactions made via bitcoins are recorded in Blockchain, a public ledger. Anyone can view this information on Blockchain.info. This information can’t be edited or deleted.

Cryptocurrencies can change the life of human in inconceivable ways. After the internet, bitcoin is considered as the most revolutionary invention of humans of the 21st century. It is the most successful programmable money which not only defines the future of money but is also shaping future of financial transactions and economies.