Lookie what my DD uncovered. It looks like someone 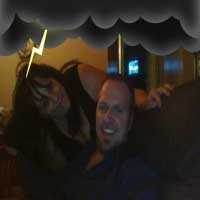 Posted By: MoneyMaker
Lookie what my DD uncovered. It looks like someone is gearing up to clean InvestorsHub's clock. It's about damn time!

If you feel IHub is a scam, sign this petition then send it on to anyone you feel might have been scammed because of IHub bashers working to drop the pps.

Once it has enough signatures it looks like it will be sent Certified mail to Judge Robinson. Even before its finished, once it has like 65 signatures Judge Brown will get email alerts everytime someone signs it. (The Honorable Judge Sue L. Robinson is the sentencing judge over Ihub's owner, Matt Brown's fraud case. )


The details of which can be found here-> http://securitiesexchangecommission.blogspot....-matt.html

I can almost guarantee a Federal sentencing Judge might have a vested interest in uncovering the scam if it exists & bringing the perpetrators to justice. The SEC apparently won't do anything but,..piss-off a Federal Judge in the deep South and there will be Hell to pay.