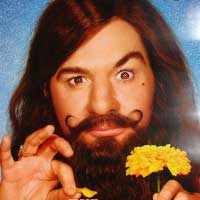 The future looks bright for marijuana legalization, according to Rob Kampia, Executive Director of the Marijuana Policy Project, who predicts that Alaska and Rhode Island will follow Colorado and Washington as states that fully legalize marijuana for adults.

Kampia spoke with Reason's Matt Welch at Freedom Fest, where he predicted that legalization would spread across the U.S. via ballot initiatives, liberal state legislatures, and with the help of Congresspeople like Dana Rohrabacher (R-CA), who recently sponsored a bill to immunize pot users and sellers from federal prosecution in those states that have chosen to legalize marijuana.