What I know is what you posted. This is not the fi 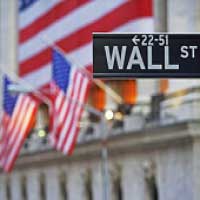 Posted By: hedge_fun
Re: Coat Tail Rider #7105
What I know is what you posted. This is not the first time you said they’re no longer at Melbourne. You first said it when the in house promo began and they said they could find the treasure over a weekend.

And this is what you said yesterday.

Do you speak for the company?

So they’re doing a promo and discussing Melbourne, the artifacts HTQ found years ago, the 1715 hurricane, but you say they’re no longer there……lol.

What you’re attempting to do is deflect from the Toy’s obvious inability to do what has been claimed in the promos.

SFRX’s website not only says Melbourne is active, but says the Timmy 2000’s “metal discriminator integration testing is complete and our teams continue to expand our knowledge about the Melbourne Beach site while also preparing to return to Juno Beach.”