'Decisions are imminent' on charges in Trump's eff

Posted By: Bhawks
Re: Goosebumps #99492
'Decisions are imminent' on charges in Trump's effort to overturn 2020 election in Georgia 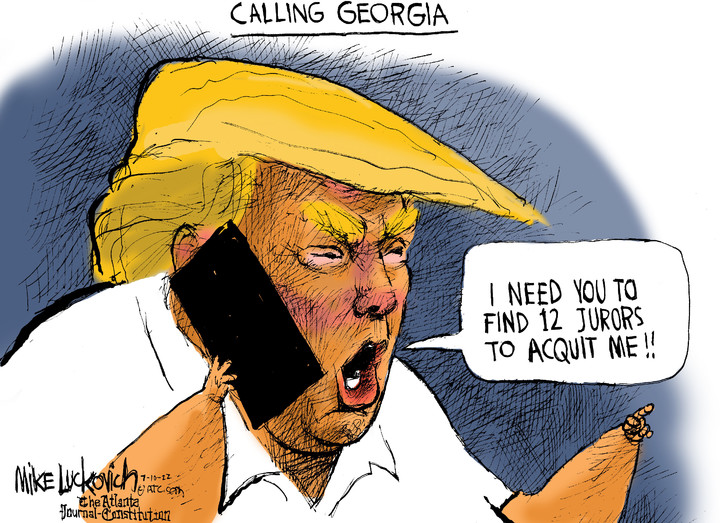 CNN — Fulton County District Attorney Fani Willis suggested Tuesday that the special grand jury investigating Donald Trump and his allies’ efforts to upend the 2020 election in Georgia has recommended multiple indictments and said that her decision on whether to bring charges is “imminent.”

A hearing is underway in an Atlanta courtroom on whether to publicly release the special grand jury report. Willis opposes the release, citing her ongoing deliberations on charges. “Decisions are imminent,” Willis said.

The special grand jury, barred from issuing indictments, penned the highly anticipated final report as a culmination of its seven months of work, which included interviewing witnesses from Georgia Secretary of State Brad Raffensperger to former Trump attorney Rudy Giuliani.

Its final report is likely to include some summary of the panel’s investigative work, as well as any recommendations for indictments and the alleged conduct that led the panel to its conclusions.