I here the most complaints from shorts about VERB' 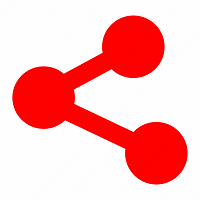 Quote: I here the most complaints from shorts about VERB's ATM offering.

I forget the details, but if a company was going to get acquired, go private, etc, wouldn't they want all the shares accounted for to facilitate closing quickly?

Not saying that is going to happen in the least, but maybe a few examples of why you would do it.

Was thinking about the last few days. Also whether there is a big deal and/or partner.

The longer VERB can hold out/hang on, the higher the value of the company is. They are right now at an inflection point of exponential growth. Do you give up a big chunk now or later? Do you just do a deal to tie you over? It's the old Shark Tank question.

Note: It seems every time one of these private startups do a deal, the value doubles each time like WhatNot. I'd like to see that happen with VERB each time and I'm not talking about the artificial shorted price either.