Darrell E. Brooks Jr., 39, was facing already six counts of homicide in the deaths of those killed when he plowed into the parade in an SUV on Nov. 21.

Most of the new charges against Brooks are for recklessly endangering safety by use of a dangerous weapon, according to the Milwaukee Journal-Sentinel.

Most of the charges, which carry a possible sentence of 12½ years in prison, involve those at the parade who were either injured or threatened with injury by Brooks, as well as those killed. All told, 67 people were either killed, threatened, or injured, the Journal-Sentinel reported.

Two misdemeanor domestic violence charges were added in connection with disputes between Brooks and his girlfriend. One took place the day before the massacre, in which Brooks is accused of hitting the woman in the head inside the Ford Escape vehicle used in the attack. 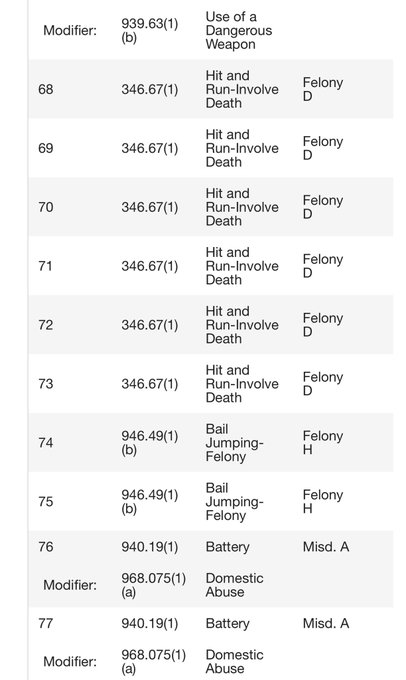 On the day of the parade attack, the woman said she drove around with Brooks until they argued. She then left the SUV and walked away. Brooks followed and confronted her, police said she told them, the Journal-Sentinel reported.

After a friend tried to tone down the argument, Brooks pushed the friend away and drove off toward the parade, police said, according to the newspaper.

Police, in charging documents, said Brooks appeared to intentionally strike as many people as possible in the attack.

Brooks has never revealed a motive for attacking the parade.

In one of those cases, Brooks had been set free on $1,000 bail, a fact that triggered a firestorm of anger after the massacre and which Milwaukee County District Attorney John Chisholm would later agree was too low.

Brooks is in the Waukesha County Jail, with bail set at $5 million.

Tyler Pudleiner, a 17-year-old survivor of the attack, told WITI-TV the charges will help the attack’s victims.

“I think it’ll really start to give people that feeling that he’s going to be gone forever, and there’s no chance anymore,” Pudleiner said. “He’s gone this time.”

Ryan Kohnke, whose niece, Jessalyn Torres, 11, was injured at the parade and spent 24 days in a hospital, said the aftermath of the attack is “an emotional thing. It almost feels like nothing that will be done will equate to what happened,” according to WDJT-TV.

But the new charges are part of healing, he said.

“I spoke to my sister right before this. She’s really happy that Waukesha County is taking the time to read in all these charges and include all the victims. It really is important for the healing process for the family,” he said.