a designer and manufacturer of high-end clothing and accessories, today announced it is honoring the company's long history and impact in the clothing industry with several employee events. Nitches was founded in 1973 by Arjun C. Waney, who grew up in Bombay, India. He came to the United States to study at the University of California, Berkeley. Shortly, after graduation he began importing blouses and shorts from India to sell primarily to college students. Waney and a minority partner later established Beeba's Creation, a San Diego apparel importer and wholesale distributorship. The company name was changed te Nitches in 1995.

Beeba's Creation grew rapidly in the early 1980s with major customers including JCPenney, Walmart and Ross Stores. In 1985, the company went public and established Body Drama, a subsidiary specializing in sportswear-inspired intimate apparel. Body Drama was later spun off as a public company in 1991. In 2009, after years of declining sales, Nitches filed to revoke its registration as a publicly traded corporation. In 2021, a private investor took control of Nitches and retained the company's name to honor its legacy.

"We are inspired by Nitches' history. From its humble beginnings to its success as a multi-million-dollar, publicly traded company, Nitches remained committed to high-quality manufacturing and dedicated customer service," said John Morgan, Nitches' current CEO. "We want to build on that legacy by creating exclusive capsule collections with celebrities and influencers that capture the luxury athleisure wear market. Our goal for investors is to expand quickly and return to the Nasdaq Stock Market." 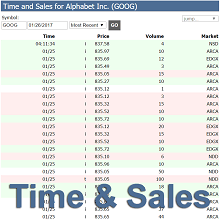