RS is a possibility, but since the uplist is not e 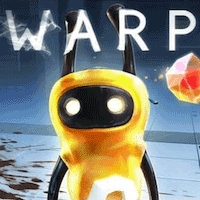 Posted By: Warp
Re: misiu143 #344
RS is a possibility, but since the uplist is not expected until sometime in Q1 2022, and as stated on the call there are a number of major catalysts expected to be announced between now and uplist, the ratio is expected to be minimal, if needed at all. They only need a $2 minimum share price to qualify for Nasdaq Capital Market, and it seems that could easily be achieved if these catalysts are as strong as expected.

You are incorrect about the terms of the RS. Israeli law requires outstanding shares as well as authorized shares to be reduced by the same ratio in a RS. All stock metrics will be impacted by the ratio, including warrant holders and convertible debt holders shares.

Agreed, most RS do not work out, but in most of those cases, it is a move out of desperation to uplist or to prevent being delisted, and in many of those cases, the business model isn't generating sufficient revenue or profits to sustain the share price, so the share price continues to decline after the RS. That's not the case with Todos, and that's why those who have followed the company for a while and post here don't discuss it. I hope you choose to remain invested. I believe it would be a mistake to sell based on misunderstanding the underlying strategy of the planned RS. They pushed the RS further out because, like us, they want to minimize the impact to their own shares, and with the upcoming catalysts it's at least even odds a RS will not even be necessary to uplist. That would be the best outcome for everyone.

Good luck to you.