DBergh......Newsom probably will win and yes some 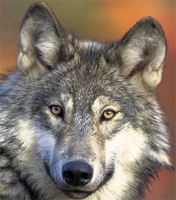 Posted By: LocWolf
Re: dbergh #69484
DBergh......Newsom probably will win and yes some voters don't have a brain to think for themselves but what is scary most just don't care but just want to bitch all the time like the Demo-dummies in this message thread. For instances with paying out all the we had people still wanted to free load and stay home and not work. You know that is generally lazy a$$ demo's. Anyways so the border BS and all the money referencing unemployment, trying to feed small corporations from going broke and now they want to push the $3 trillion dollar BS. Where in he!! is their brain? Even if it was located in their a$$ they should know better. They (both parties) should not gain any funds until they first secure the border then pull out all Americans and gain back a few Air bases in Afghanistan and threaten them with Trump and Nuclear if they don't listen up. Biden sealed our fate with his BS so now live with it. The next time there is any sign/threat of war and since Afghanistan has all that fire power there will be an Armageddon worth of massive collateral destruction and death just massive civilians.