I think it's a bit weak/of a stretch.. antibodies 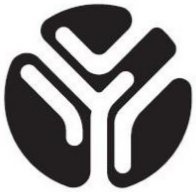 Posted By: JLang
Re: Enjay #103601
I think it's a bit weak/of a stretch.. antibodies that would bind to ACE2 would have a similar active site of the viral spike itself. And would bind to the host's anti-spike antibodies.. there's not much point in producing antibodies against a pathogen and then producing antibodies that disable those. I think they should look into any effects of the host's spike antibodies on free ANGII, but I've been out of the game for a while now / can't really armchair quarterback ; D