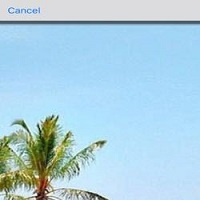 Posted By: CyberC
Re: Mugwumps88 #1281
‘Insider Financial’ provided a big PCTL endorsement today and it is BIG...Here is today's article!!!

PCTL is a low float play that smart money is starting to get behind.

1. The company already generates significant revenues for a stock with a market cap of just $16 million.

2. Revenues in 2020 increased 255% to $2.5 million, as compared to $708 thousand in fiscal 2019. The revenue increase in 2020 was due to the increased volume of fluids sold during the COVID-19 pandemic, the sale of fluid-producing equipment, licensing revenue from EPA sub-registrations, and placing equipment under the Company’s 2- and 3-year Systems Service Agreements during the year

Last week, PCTL announced that during the three weeks, January 7th – 21st, PCTL implemented its oilfield testing protocols in Grassy Creek, MO. The purpose of the in-field testing was to gather empirical data relative to whether PCT Catholyte was effective in enhancing oil production in shallow wells, and then to determine the effective enhancement of each well and what process and protocols yielded the best results.

Later in March, PCTL added three (3) new wells, increased the intervals of treatment with different specifications of PCT Catholyte, ran new dye tests, and determined another increase in water/oil, up to 90/10; then saw a further improvement to 80/20 by the end of March. The most recent test results indicate a level of 60/40 water to oil ratio, which is a significant turn-around.

Testing continues and PCTL will release the findings in a technical report within thirty (30) days.

We will be updating our subscribers once we know more.

My comments are only my opinion and are not to be used for investment advice.

Please conduct your own due diligence before choosing to buy or sell any stock.