We've come a long long way together Through the

Posted By: redspeed
We've come a long long way together

Through the hard times and the good

I have to celebrate you baby

Seems like a video the Verb team would have fun making, even remotely

We know Rome wasn't built in a day...

We know it takes an Army

So who is in the Army?

But when and for what expertise?

Who are these companies that are an extension of the Verb team?

"Trusted by the Top VCs and Startups"

Who does the Verb Trust, trust?

What is Paid Acquisition pray tell?

When & Where to start Paid Acquisition (PPC)?

Once you read that, you are ready for the big boy article that goes into detail

red, what does any of this have to do with Verb?

But red, I am not seeing these ads

Good, then the company isn't wasting money advertising to the wrong audience

But, but red, other than Buffi saying she sees ads, how do we know Verb actually took the step and moved from the free ad model to the paid model?

About 10% down the page you'll see Verb is a customer

ok, red I get your point. Just because we don't see it, doesn't mean nothing is happening like the prisoners on Shutter Island spend all week saying

But why doesn't Verb tell us these things?

Ahhh, because they are growing a business and every minute they spend handholding is one less spent on increasing shareholder value

This is what I love about Verb's new Attribution feature. It's hard to acquire customers at any company.

If you read the article above, they describe...

We'll a lot of those people that follow Verb are investors, traders, partners or existing customers. They aren't the ones that are going to be buying

Paid Acquisition is putting those ads on social media that you are probably scrolling by. Monday.com is a SaaS company that heavily uses Paid Acquisition

so you were mentioning something about Attribution, red? 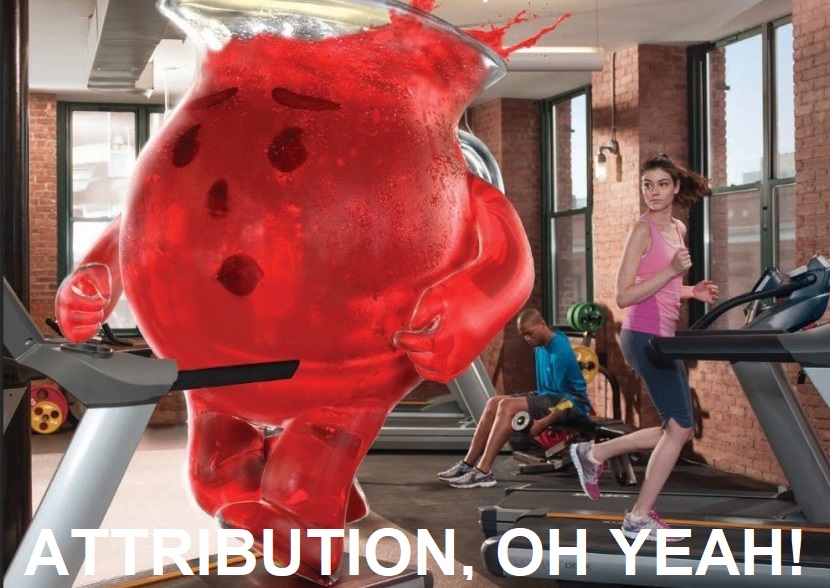 Was just getting warmed up

Setting the table as they say...

What is the 8th type of Paid Acquisition?

you are trying to trick us red, the article said were only 7

Did you ever buy something and they said if you refer another customer to you, we'll give you X dollars?

You know, you bought a car and they said tell a friend and if they buy, we'll give you $100 as one example

Exactly how does that work?

Would you even remember the offer?

If it actually happened, how would you get paid?

There is too much friction there, but you know one thing is for certain, the dealership would be happy to only spend $100 to get a customer

It is truly Paid Acquisition . You are only paying when you get a new customer

Do you know what the best way to get a customer?

It's through genuine referrals. People that used the product, can vouch for it and answer any questions.

I got a Greenworks electric lawn mower years ago and I can't tell you how many times someone comes up and asks me about it.

Be pretty cool if I got $10 every time someone bought one because of my glowing recommendation. Much better to see, hear it first and then reading reviews on Amazon some of which are fake.

It's complicated to do, because you could have a number of layers/levels

Hey, which company has years of that type of experience?

Which company actually has patents on some of this?

Here's one, but you might want to break open a bottle of advil as it gets complicated
https://patents.justia.com/patent/10467317

Now what patent applications did they add recently to include additional Attribution features?

Note, it's not when you get the patent although those are definitely nice, but more importantly who filed first.

The market really doesn't know about it yet

Heck, I think most people don't really understand it

But wait...There is even more

Bullish Trend Analysis
The RSI Oscillator points to a transition from a downward trend to an upward trend -- in cases where VERB's RSI Oscillator exited the oversold zone, 10 of 11 resulted in an increase in price. Analysis proposes that the odds of a continued upward trend are 90%.

The Momentum Indicator moved above the 0 level on April 28, 2021. You may want to consider a long position or call options on VERB as a result. In 37 of 40 past instances where the momentum indicator moved above 0, the stock continued to climb. The odds of a continued upward trend are 90%.

The Moving Average Convergence Divergence (MACD) for VERB just turned positive on April 21, 2021. Looking at past instances where VERB's MACD turned positive, the stock continued to rise in 15 of 16 cases over the following month. The odds of a continued upward trend are 90%.

Following a +15.65% 3-day Advance, the price is estimated to grow further. Considering data from situations where VERB advanced for three days, in 75 of 86 cases, the price rose further within the following month. The odds of a continued upward trend are 87%.

You got a complaint?

Make it loud and clear...

File a SEC Complaint
Previous | Next