Biden signs the bill by March 14th after Senate pa 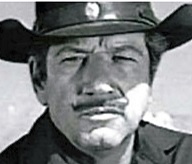 Posted By: Puravida19
Re: jamis #18006
Biden signs the bill by March 14th after Senate passes it. This allows him to contract with 6 unspecified test manufacturers. IMO , INNOVA'S test is better, cheaper and they can make many more than anyone so should get a good share of the US business. I expect FDA to fall in line by that time.

Jamis, we don't know what's in the SEC annual and quarterlies, and the biggest thing, IMO, that we don't know is what QMC'S share of the $2B UK sales and future sales will accrue to QMC and QMCH HealthID. All we know is that given the sales are already in Billions of dollars, it has to be big. That will enable valuation.

A good 20 P/E ratio would help get us there.