It's not a "new direction", it's an additional rev 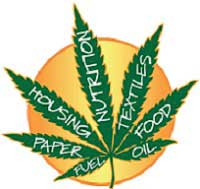 Posted By: adirondackhi
Re: jettyjams #66696
It's not a "new direction", it's an additional revenue stream in a market they've been in for over 6 months now. This link is to a post I made in August showing some of the large orders for hand sanitizer they were filling for Sam's Club and Amazon. CLICK HERE TO SEE POST

Medical PP&E is a hot market, and revenue is how you DON'T have to file for bankruptcy protection like Green Lotus did last month. If you focus on just one thing (which can be the equivalent of tunnel vision), you can do fine if you're in the right market at the right time with the right product, but you need to be smarter than the armchair managers second guessing this company now.

The carbonated HEMPd beverages have been very well received, but huge distribution deals are still tricky if not impossible to come by as we're still waiting on a green light from the FDA (along with dosage limitations) for CBD infused foods & beverages.

The CBD market is still facing regulatory headwinds, and the nutraceutical part of that market is a shit show of confusion thanks to the FDA and big pharma delaying clear and concise FINAL guidelines in an effort to allow the big pharmaceutical companies the time to isolate compounds from the hemp plant that they can patent and offer the best path to insurance covered relief available.

The nutraceutical market has been infiltrated with quacks from all over the globe, misleading the masses, especially those who stink at research and labeling details. That's why the reference to being just one more name in the race with limited marketing verses the hemp seed and stalk oil being passed off as CBD.

Big box stores and Amazon are STILL covering their asses by NOT allowing CBD containing products. Most will just say "hemp oil" which most often means no CBD. Amazon overlooked it for us at first as long as CBD wasn't on the label or in the product description, but savvy competitors soon began hitting the question/answer and customer comment sections pointing out over and over again that Amazon's policy was that no CBD containing products could be sold there.

As a result, Amazon had to protect themselves more aggressively than they did initially. The management team, thinking on their feet, were quick to realize that it made no sense to "focus" on that segment of the market at this point in time. They can always go back to it later when the final guidance is in place and the quacks, misleading consumers into thinking their low quality hemp seed oil is CBD, are weeded out and forced to use clear and accurate labeling.

RMHB is still in the CBD beverage business, both private label and HEMPd, along with Eagle Spirit spring water, and as stated for over 6 months now, the hand sanitizer/medical PP&E market. What they're about to announce appears to be expansion of their product offerings in the latter market. Revenues, folks. That's what will increase shareholder value NOW.

They have enough talent and experience in the wheelhouse to focus on more than one revenue stream without fumbling. If you have revenue coming in from multiple markets and something creates one or more obstacles in one of those markets but not the others, it's MUCH easier to tackle the problems in the one market with strong revenue streams from the others. Once capital and regulator issues are no longer part of those obstacles, it's very easy to reassess the business direction as long as you're still thinking on your feet and "outside of the box".