With the vaccines, you still have to wear a mask - 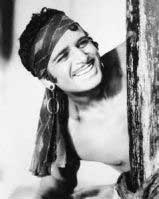 Posted By: someconcerns
With the vaccines, you still have to wear a mask - because YOU can still get infected and could pass the disease to others. YOU just won't show symptoms.

Quote: The reality of getting a coronavirus vaccine approaches. Pfizer’s vaccine is already administered in the United Kingdom, and the U.S. Food and Drug Administration (FDA) will decide if the same vaccine will be licensed in the United States this week.

We’re all eager to live in a post-vaccine world, but experts say we’ll still have to practice social distancing and wear masks post-vaccination. A closer look at two leading vaccine candidates explains why.

Two leading vaccine candidates will be reviewed in December by the FDA, Pfizer’s vaccine and then Moderna’s vaccine. But both vaccine's trial data can't actually show the vaccine protects one from coronavirus infection. The vaccine trials weren't designed to test for that. Instead, the purpose of these vaccines is to prevent Covid-19 symptoms and severe disase.

What you need to know — A vaccine that protects against infection means you are protected from illness and you are either prevented from passing the disease on or do so less effectively than a non-vaccinated person. The success rate of these can be measured by looking at asymptomatic infections — infections where no illness is caused, but the virus accumulates in the body nonetheless. Neither Pfizer nor Moderna have reported data on those types of infections as they near their dates with the FDA.

A vaccine that protects against disease, but not infection means you likely can't get sick, but you could become infected and pass it to others who may fall ill.

For now, we have to assume that the coronavirus vaccine falls into the second category until more data emerges showing it can prevent both infection and disease.

The difference seems subtle, but its consequences are monumental in practice, explains William Schaffner, an infectious disease specialist at the Vanderbilt University Medical Center. They underscore the importance of continued mask uses post-vaccination.

“I must say, every time I mention it, I'm greeted with a frown,” he says. “You could indeed become infected, and be contagious. But you wouldn't get sick yourself.”

However, there is a willingness to probe this question on behalf of drugmakers and the FDA. There are also faint signals from another vaccine trial, which suggest it’s at least possible that a vaccine may prove somewhat effective against infection.
person getting coronavirus vaccine
The UK is rolling out its first coronavirus shots. Hugh Hastings / Stringer/Getty Images

Why can a vaccine protect against disease but not infection? – The type of immunity that protects against infection and disease is achievable. The hepatitis A vaccine is about 90 percent effective in preventing asymptomatic and symptomatic infections, the World Health Organization reports.

And other vaccines that protect against infection — but not disease — already exist.

For instance, there are two pneumococcal vaccines available. They’re designed to combat the illnesses caused by the bacteria Streptococcus pneumoniae, which range from ear infections to severe blood infections requiring hospitalization.

The first type of pneumococcal vaccine developed (which is still used) prevents bacteria from getting into the bloodstream, where it would cause the most severe disease, Shaffner explains. However, the bacteria could still live in people’s noses and throats — without making them sick. Even though they were protected it could still be passed on to others through sneezes or coughs.

In other words, the vaccine prevented disease but didn’t eliminate the possibility of infection. The key difference is that the biological mechanisms that a pathogen employs to create illness, and those that allow an infection to exist in the body aren’t always the same.

So, what about the Covid-19 vaccines? – The leading coronavirus vaccine candidates, Pfizer and Moderna, target the spike protein – the protein the virus uses to latch on to cells and invade in the first place. That includes the cells in the back of our throats or noses, where the virus may replicate before riding on droplets out into the world, Schaffner says.
The coronavirus vaccines under review at the FDA target the spike protein, which the virus uses to invade cells. Getty Images/ Instants

Several experts indicated to The New York Times that they would expect these vaccines to help limit the amount of virus that invades those cells and then accumulates in the nose, even if it didn’t completely eliminate the chance of infection. Limiting the amount of virus that’s replicating in immunized people may perhaps reduce their ability to pass it on to others.

However, scientists have yet to prove this is how it actually works, Schaffner explains.

The efficacy of the lower dose of the vaccine (the one that has proved more effective against symptomatic infections as well) is 58.9 percent, per the paper published in The Lancet. It was just 3.8 percent effective for those who received two standard doses of the vaccine.

“It is encouraging, but not definitive,” Schaffner says, reflecting on those numbers.

What comes next — Could we ever have a Covid-19 vaccine that protects against both disease and infection? According to background material on the Pfizer vaccine collected by the FDA, “additional evaluations” including data from clinical trials and data from the real world once the vaccine is approved are needed to know for sure.

Schaffner says he has heard discussion of such trials. “I think once we start vaccinating large numbers of people, I think studies will be developed to address that very question,” he predicts.

Drugmakers have indicated a willingness to at least get started.

Pfizer and Moderna spokespeople told the New York Times that both trials will test participants’ blood for antibodies that form in response to a different protein manufactured by the coronavirus (called N). Because the vaccines train the body to recognize the spike protein, testing whether the body has antibodies specific to another coronavirus protein could tell scientists if someone who got the vaccine also had the virus.

The other approach is to see whether antibodies can accumulate in spit as well as blood. That’s the objective behind the Stanford Saliva Study, which will test the saliva of people who have participated in Covid-19 vaccine trials, providing further insight into how antibodies travel through the body’s many different kinds of fluids.

Schaffner adds that there is considerable interest in developing a vaccine that prevents infection. However, it’s just not our focus right now. Deaths in the U.S. reached a seven day-average of more than 2,000 in December. Any vaccine that can protect against the severe disease causing those deaths is doing its job.

“Let's take a deep breath,” says Schaffner. “One step at a time.”