A conservation group has tracked a migration for the ages, in which a *male bar-tailed godwit flew from Alaska to New Zealand without taking a single break.

*Not to be confused with the male, flightless, obese, orange-faced, shitwit commonly seen on balconies, boarding aircraft and struggling to walk down ramps.

As the Guardian reports, the bar-tailed godwit departed southwestern Alaska on September 16 and arrived 11 days later at a bay near Auckland, New Zealand. The bird, designated 4BBRW (for the blue, blue, red, and white identification rings attached to its legs), was tracked by Global Flyway Network, a conservation group that studies long-distance migrating shorebirds.

Bar-tailed godwits (Limosa lapponica) are exceptional birds, featuring some mind-bogglingly long migratory routes. The wading birds spend their summers in the arctic regions of the Northern Hemisphere (where they breed) and then fly south for the winter, in some cases as far as Australia and New Zealand. Bar-tailed godwits are fast and lightweight, with wingspans around 28 to 31 inches (70 to 80 cm) long.

Bar-tailed godwits looking to relocate from Alaska to New Zealand must make an epic flight over the Pacific Ocean. For 4BBRW, this resulted in a record-breaking nonstop flight, in which the bird flew 7,987 miles (12,854 km), reports the Guardian. The bird was equipped with a 5gm satellite tag, which allowed for GPS tracking. The scientists said the total length of the journey is probably closer to 7,581 miles (12,200 km) after accounting for rounding errors. 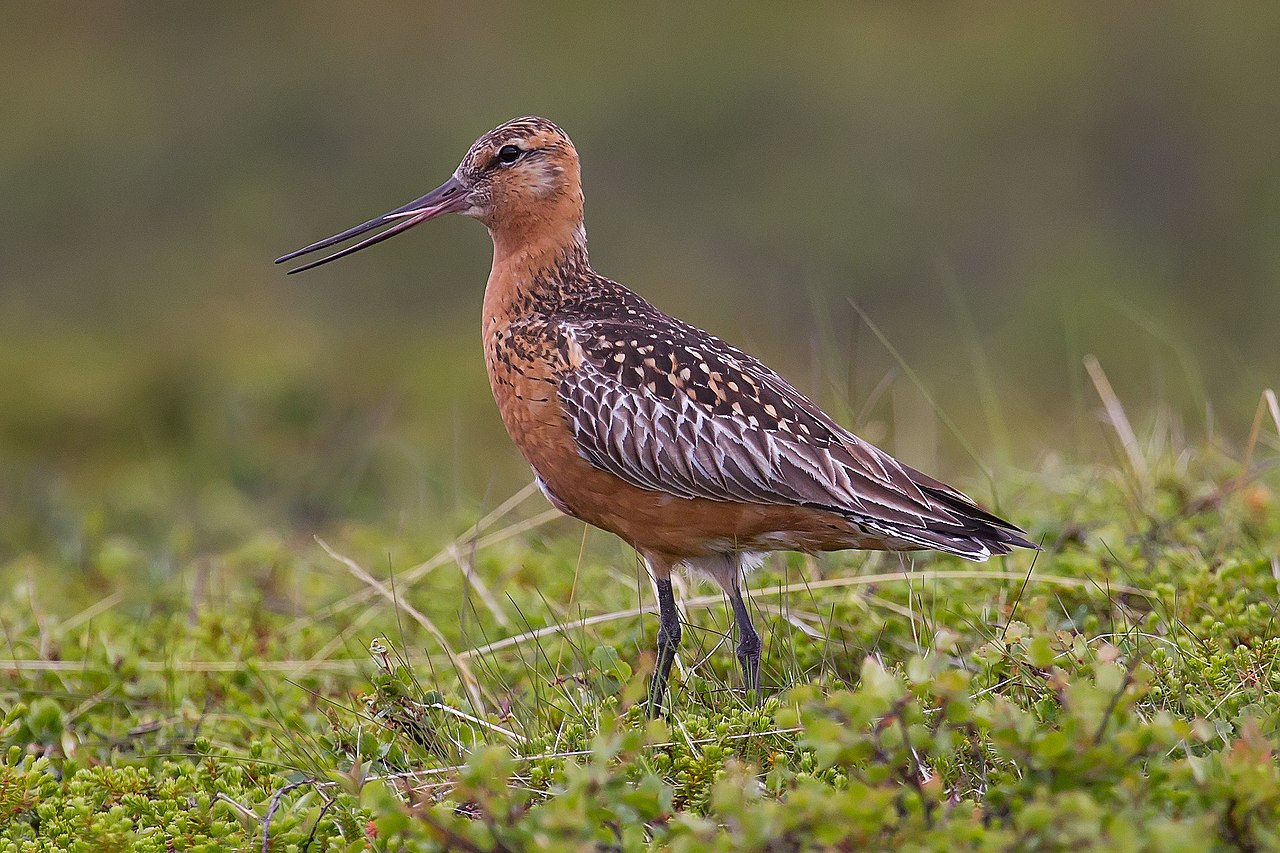