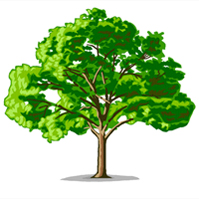 Posted By: Rubraquercus
For the new folks...IncellDx uses industrial quality pro-140 leronlimab (called PA-14) for CCR5 testing and usage in making test kits and then pays CYDY a portion of the sales money generated from said tests or kits or whatever Dr Patterons does regarding the us and sales of PA-14. This 1st paragraph says it all from the press release of the contract deal.

<<an exclusive worldwide licensing agreement with IncellDX to sell non-commercial grade quantities of PA-14 or PRO 140 for use in the development and commercialization of immunoassays for quantitative measurement of CCR5 levels on human cells.

Under the terms of the agreement, IncellDX will be responsible, at its sole expense, for all aspects of assay development, regulatory clearance, including PA-14 or PRO140 labeling, packaging and commercialization. At the end of each month during the term of the agreement, IncellDX will provide to CytoDyn demand forecasts for PA-14 or PRO 140 for the subsequent 3-month period.

“The execution of the definitive agreement with IncellDX marks an important milestone for CytoDyn as it puts us firmly on pace to generate our first revenues over the course of the next several months,” stated CytoDyn President and CEO, Nader Pourhassan, Ph.D. “We are thankful to Dr. Patterson for recognizing the value of PA-14 and PRO 140 as a potent and valuable asset as a diagnostic test to measure CCR5 expression on human cells,” continued Dr. Pourhassan.

“IncellDX is very excited to license the exclusive worldwide diagnostic rights to CytoDyn’s CCR5 antibody that binds to the same site as PRO 140, an exciting therapeutic in trials for HIV and cancer,” stated Bruce Patterson, M.D., CEO and Founder of IncellDX. “This agreement fits with our strategy to develop companion diagnostics for powerful new classes of drugs,” continued Dr. Patterson. “We expect this new product line will be a major growth driver for IncellDX in the second half of 2019 and beyond,” concluded Dr. Patterson.>>