As warfare continues to enter the digital realm, t 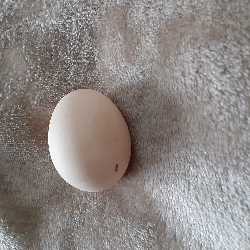 Posted By: maronti1
As warfare continues to enter the digital realm, the Army plans to transform its cyber operations branch into a full-scale information warfare command, according to a top U.S. general.

The service will convert Cyber Command into the Army Information Warfare Command, Army Chief of Staff Gen. James McConville said at a panel on Tuesday. It’s one of the several modernization efforts the Army is taking on to counter "great power" opponents like Russia and China.
“We’re recognizing the importance of information operations, so our Cyber Command is going to become an information warfare command,” McConville said.

CLICK TO PLAY
Hashing it Out: Tom Rogan on Megxit, Brexit, and turmoil in the UK

Other innovations include the creation of “cyber ranges,” where soldiers can practice digital operations just like they would practice with a rifle on a shooting range.
“We’re going to use virtual reality, augmented reality, so our soldiers can train on missions before they actually have to go,” McConville said.

Defense contractors have built VR systems for the military for several years, deploying a limited number to some units. The Washington Examiner tested out a system developed by Booz Allen Hamilton’s Digital Soldier program at the Army USA conference in Washington last year. By donning a VR headset and mock M4 rifle, the system allows a user to fire at virtual targets while the rifle delivers realistic recoil.
The focus on information operations will require soldiers to sift through a massive amount of information in cyberspace, determining the enemy’s deceptive tactics just like they would on the real battlefield. The transformation will also be a physical one, with information-related operations moved from Fort Belvoir, Virginia, to Fort Gordon, Georgia, as early as this spring. The rest of the transformation is expected to take place by 2028.

These efforts are part of moving the Army away from an industrial-age army to a digital-age army, according to McConville.
“There’s that old adage, ‘generals are always trying to fight the last war,’” he said. “Well, we’re not. We want to win the next war.”

Mama Bear Does This After Man Saves Her Drown Cubs

Cosmo Editor Tries All the Cbd Brands-and Here's the Winner

Toenail Fungus: 1 Cup of This Will Get Rid of It

Cops Called In Hours After Couple Begins Renovation On Their Old...

WATCH: Warren confronts Sanders after debate, accusing him of calling her 'a liar on national TV'

'I didn’t expect to see that': CNN host bashes Pelosi's plethora of pens

New migrant caravan forms in Honduras and heads toward US border