It's hard to believe for me that Novamex lost this 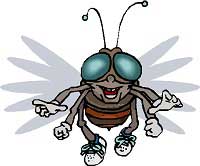 Posted By: nightfly
It's hard to believe for me that Novamex lost this project because of a lawyer they supposedly paid who didn't do his job. Novamex consists of 50% Omar Madrigal and 50% of the original titleholders to Cinco Minas. I doubt Novamex is that amateuristic to lose their projects to some lawyer who then sold it off to GoGold Resources. I will say that SRGE after being on the greys for 6 years is still being traded and bought and I'd like to know why we keep seeing the 5/6 decimals (trades between market makers perhaps, but why?). Also, any kind of information is in the realm of speculation without any backing. As far as GoGold Resources goes: They are moving fast forward with Cinco Minas. They are going to buy it completely for the sum of only $ 7.1 million plus $1 million and 4,875,012 GoGold common shares. Their original option agreement will be terminated.

Check out this press release: