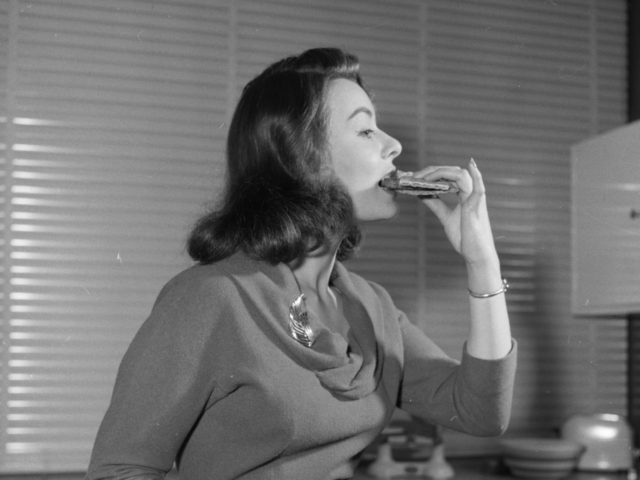 A report published in the Journal of Industrial Ecology claims that white people’s eating habits are contributing more to climate change than their black and Latino counterparts.

“The food pipeline — which includes its production, distribution, and waste — contributes significantly to climate change through the production of greenhouse gases and requires significant amounts of water and land, which also has environmental effects,” Joe Bozeman, a student at the University of Illinois who helped produce the report, said.

The Environmental Protection Agency (EPA) contributed to the report, providing data on more than 500 food groups and the National Institutes of Health (NIH) weighed in on individual diets.

Data showed that whites produced an average of 680 kilograms of the CO2 each year, attributable to food and drink, whereas Latinx individuals produced 640 kilograms, and blacks 600.

They also found the diets of white people required 328,000 liters of water on average per year. Latinx used just 307,000 liters, and blacks 311,800. Both black and Latinx individuals used more land per capita with 1,770 and 1,710 square meters per year, respectively than white people with just 1,550. Nevertheless, white people still made the greatest overall contribution to climate change.

The underlying purpose of the study is ominous, calling for policies to address the findings.

“The study was undertaken to get a better understanding of the environmental impacts of the food consumption patterns of major demographic groups so that environmental policies designed to reduce negative impacts of food production could be drafted that take these differences into account,” a press release announcing the report said.

“If you are going to draft policies that may reduce the amount of land-intensive oranges, we need to think about other less resource-intensive sources of vitamin C,” Bozeman said. “It gets more complex as you look closely at the food pipeline and how different populations engage with it, but we are now starting to get a better understanding on these complex dynamics in such a way that we can begin to rationally take steps to improve environmental quality.”

The report Abstract stated, in part:

Our findings suggest that obtaining data with the intention of building consensus across sociodemographic lines overcomes barriers in the understanding phase, leading to increased social receptivity for many planning and managing phase processes. Specifically, we find that identifying and developing leaders who possess the cognitive and interpersonal capacity to manage many variables and stakeholders is key to assessing and selecting adaptation options in the planning phase.

We also propose using government programming to encourage environmentally friendly food purchasing behavior. Then, we discuss how our proposals could be used in adaptation feasibility and evaluation activities in the managing phase. In all, these findings facilitate the development of improved climate change adaptation and policy by satisfying the understanding phase of the climate change adaptation framework, establishing a cross‐disciplinary methodological approach to addressing socioecological problems, and providing useful FEW impact data for FEW nexus and climate change researchers.

“While the difference may not be enormous, these numbers are per individual, and when you add up all those individuals, it’s very clear that whites are responsible for the majority of greenhouse gases emitted as a result of their food choices,” Bozeman said.