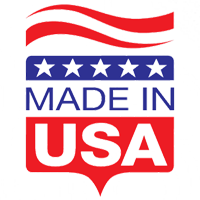 SARASOTA, FL—August 14, 2017 —xG Technology, Inc. (“xG” or the “Company”) (Nasdaq: XGTI, XGTIW), a leading provider of wireless video solutions to broadcast, law enforcement and defense markets, and private mobile broadband networks for critical communications, announced its second quarter and first half 2017 results. All results are reported in U.S. dollars and are prepared in accordance with United States generally accepted accounting principles (GAAP), except as otherwise indicated below. Management will hold a conference call to discuss these results on Wednesday, August 16, 2017 at 5:00 p.m. Eastern Time (details below).

Key Recent Accomplishments by xG Businesses
•Record quarterly revenues of $14.2 million and record first half revenues of $23.6 million which contributed to positive cash generated from operations and improved liquidity for the six months ended June 30, 2017.
•Introduced the Nulinx-IP Compact, a self-contained point-to-point, bi-directional microwave link.
•Unveiled the new HCAM, the next generation of HEVC 4K UHD wireless camera transmitters.
•Introduced the SatWare remote reporting computing platform to the North American market.
•Received an order valued at approximately $1.2 million for wireless camera systems from a major worldwide news organization.
•Received orders valued at over $700,000 for HD airborne video downlink systems from county law enforcement agencies located in California and Florida and the mid-Atlantic region.
•Was granted a new patent covering an innovative method for enhancing the resilience of communications systems in the face of harmful interference.
•Received orders valued at approximately $250,000 from prominent local television stations for high-performance digital microwave systems.
•Provided wireless camera transmission capabilities to support the live stream broadcast of the largest sailing event in the world.

George Schmitt, CEO and Chairman of the Board of xG Technology, said, “In the second quarter we experienced record revenue among our brands and recorded an impressive string of new business wins in the broadcasting and law enforcement fields, as well as seeing success in new markets, including medical device technology. We also began to aggressively release new products that solidify our technology leadership.”

Mr. Schmitt continued, “Having successfully completed the acquisitions of Vislink and IMT and the integration of operations by our senior management ahead of schedule contributed to positive cash generated from operations and improved our liquidity for the six months ended June 30, 2017. We are now working on consolidating our financial systems in tandem with identifying and seizing profitable new business opportunities. Our record first half year puts us in an excellent position to capitalize on further growth through the remainder of 2017.”

Roger Branton, CFO and co-founder of xG Technology, said, “We are pleased to report that we had record quarterly revenue of $14.2 million in Q2 and a record $23.6 million for the first half. An adverse movement in the British Pound to US Dollar exchange rate reduced revenues by approximately $424,000, otherwise revenue was $14.6 million for the quarter. We ended the six months June 30, 2017 with $4.7 million in cash, positive cash flow from operations and a substantial improvement in positive working capital of approximately $18 million.”

Mr. Branton continued, “Our first half results include a preliminary bargain purchase gain prepared by an independent valuation firm related to the Vislink acquisition of $15.5 million, which is an increase for the quarter of $3.7 million. Our results also include significant one-time charges related to purchase price amortization, acquisition related expenses and restructuring expenses that when excluded from our results, we reported positive net income and earnings before interest, taxes, depreciation and amortization.”

Non-GAAP gross margin excludes the impact of purchase price amortization on the step up of assets as a result of the preliminary bargain purchase gain and the impact of foreign exchange gains or losses.

We use the above-noted non-GAAP financial measures for planning purposes and to allow us to assess the performance of our business before including the impacts of the items noted above as they affect the comparability of our financial results. These non-GAAP measures are reviewed regularly by management and the Board of Directors as part of the ongoing internal assessment of our operating performance. Adjusted EBITDA is defined as net income (loss) plus purchase price amortization, acquisition-related expense, restructuring expense, depreciation and amortization, foreign exchange gains or losses and interest expense.

Adjusted EBITDA is a metric used by investors and analysts for valuation purposes and we believe that it is an important indicator of our operating performance.

xG management will hold a conference call to discuss xG’s Q2 2017 results on Wednesday, August 16, 2017 at 5:00 p.m. Eastern Time. To participate in the conference call, please call 1-844-825-9789 (toll free) or 1-412-317-5169 (international call-in) and ask to join the xG Technology call. The call will also be simultaneously webcast. Listeners can access the webcast live through the company’s website at http://www.xgtechnology.com/about-xg-technolo...formation/. For those who cannot participate in the call, an audio replay will be available on xG’s website.

IMT has pioneered advanced digital microwave systems and is a trusted supplier to broadcast, sports and entertainment, and MAG (Military, Aerospace & Government) markets. Their products are recognized for their high level of performance, reliability, build quality, extended operating ranges and compact form factors. More information about IMT can be found at www.imt-solutions.com. Vislink specializes in the wireless capture, delivery and management of secure, high-quality, live video, and serves broadcast & media and public safety & surveillance markets. More information about Vislink can be found at http://www.vislink.com/.

xMax is a secure, rapid-deploy mobile broadband system that delivers mission-assured wireless connectivity in demanding operating environments. It was designed to serve as an expeditionary and critical communications network for use in unpredictable scenarios and during fluid situations, making it ideal for disaster response, emergency communications, and defense applications. More information about xMax can be found at http://www.xgtechnology.com/system-overview/. In addition to the above business lines, xG has a dedicated Federal Sector Group (xG Federal) focused on providing next-generation spectrum sharing solutions to national defense, scientific research and other federal organizations. Additional information about xG Federal can be found at http://www.xgtechnology.com/technology/xg-federal/.

Based in Sarasota, Florida, xG Technology has over 100 patents and pending patent applications. xG is a publicly traded company listed on the NASDAQ Capital Market (symbol: XGTI) For more information, please visit www.xgtechnology.com.