An Environmental Protection Agency official just resigned with a scathing letter blasting the Trump Administration’s dissemination of “myth over truth.” Elizabeth “Betsy” Southerland, who was with the agency for 30 years, took care to systematically reject many of the baseless claims that Trump has made regarding the environment and climate change.

“The truth is there is NO war on coal, there is NO economic crisis caused by environmental protection, and climate change IS caused by man’s activities,” Southerland wrote.

According to The Hill, “Southerland said that since EPA Administrator Scott Pruitt took over the agency, dozens of regulations designed to protect the environment had been repealed, and Trump’s proposed budget cuts to the agency would devastate its ability to enforce existing protections and create new ones.”

Southerland took particular offense at the administration’s senseless rule stipulating that for every new federal regulation, two older ones must be eliminated under the baseless guise of “deregulation.”
Ads by Revcontent

“Should EPA repeal two existing rules protecting infants from neurotoxins in order to promulgate a new rule protecting adults from a newly discovered liver toxin?” she wrote. “Faced with such painful choices, the best possible outcome for the American people would be regulatory paralysis where no new rules are released so that existing protections remain in place.”

While she did not hold back in her excoriation of the President, she did qualify her trepidation with at least some hopefulness.

“It may take a few years and even an environmental disaster, but I am confident that Congress and the courts will eventually restore all the environmental protections repealed by this administration because the majority of the American people recognize that this protection of public health and safety is right and it is just,” Southerland wrote.

An EPA spokesman, Jahan Wilcox, who was brought on by EPA Director Scott Pruitt and has worked on several Republican campaigns, cast doubt on Southerland’s timing, saying, “It’s hard to believe that Elizabeth Southerland is retiring because of a budget proposal and not because she’s eligible for her government pension.”

While the White House has proven that it will go to any means necessary to deceive and manipulate Americans, Southerland’s letter is a clear and unbiased assessment of how, under the current administration, the EPA is taking steps that are decidedly against its core mission. And yet, just as the agency has been a “guiding light to make the ‘right thing’ happen for the greater good” in the past, so will they after this error of an administration is gone. 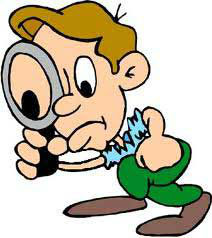