Thank you for your kind words. Eco Tec (or,insert 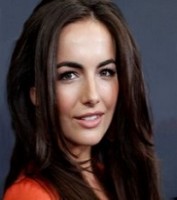 Posted By: Luna Tic
Thank you for your kind words. Eco Tec (or,insert some other new, cute techie company 'Name of the Month' here) has lost the only Director who actually knew anything about fabric rejuvenation). If one reviews the current BOD, it is comprised of "Money Men", promoters and career board sitters. Unfortunately, money men and promoters are a liability not an asset. They can only succeed if there is an inventor or creator. While it is difficult for an inventor to succeed without major funding, it is not impossible. However, money without a creative idea is useless.

Speaking of, "Useless"; when the money man is so arrogant that he drives away creativity and investors, the results are....well,,,, obvious.

Further, 8-K item 5.02 requires notice of a Director's departure if the departure was based on refusal by the Director to continue and/or the departure had any contractual financial ramifications (either positive or negative) associated with that departure. Notification is required within four (4) days of the event. Two lines in 10K, 3 months later as a, "By the way, someone left the Company" is not an acceptable Notice to Shareholders. Especially when that someone is/was the Chief Technology Officer.**

Taken from the latest 10-K
Read carefully
As compensation for serving as the Company's President, the Board of Directors approved an employment contract for Christopher Giordano. Although his duties as President shall begin immediately, his salary shall not be earned or payable until such time that the Company raises at least $2,000,000 in its upcoming private placement. The base salary for Mr. Giordano shall initially be set at $90,000 per year, but has the potential to incrementally increase up to $200,000 per year based on the Company achieving certain revenue goals. Moreover, Mr. Giordano's contract provides for a minimum annual bonus of thirty-percent(30%) of his base salary, but gives the Company the discretion to award an annual bonus of up to two-hundred-percent(200%) of his base salary.
(So his salary begins when he puts the company in (more) debt.)
As a signing bonus, Mr. Giordano received 250,000 options to purchase shares of the Company's common stock that are exercisable for a period of five years at a strike price of $0.50 per share. In addition, Mr. Giordano's contract provides for up to ten incentive stock option awards of 0.75% of the shares of common stock outstanding per $1,000,000 in net income received by the Company over the next ten years. Such options would be exercisable at the closing bid price for the ten days preceding the Company's achievement of each award milestone.


** I do not subscribe to any social media with the exception of 2 message boards, but I think that Joy Nunn belongs to several. It might be helpful if someone dug a little deeper into Joy's departure through social media.