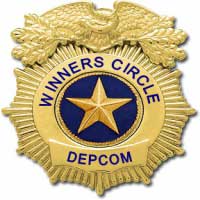 * Company filed for bankruptcy in January

NEW YORK, Nov 28 (Reuters) - Eastman Kodak Co has accepted an $830 million financing offer from a group of bondholders as it aims to emerge from bankruptcy in the first half of 2013, the company announced on Wednesday.

The loan offer would replace a financing package worth $793 million announced earlier this month and put forth by Centerbridge Partners, GSO Capital Partners, UBS and JPMorgan Chase & Co. The new loan would allow a broader set of bondholders to participate, but could include the previous lenders.

The financing is contingent on Kodak's ability to successfully sell its digital imaging patents for at least $500 million.

The new package is subject to approval from Judge Allan Gropper in U.S. Bankruptcy Court in Manhattan. No hearing date has been set.

"The improved financing commitment provides a longer maturity, lower fees and pricing, and greater liquidity than our previously announced commitment," Chief Executive Officer Antonio Perez said in a statement. "This is a vote of confidence in the future of our company."

Kodak filed for bankruptcy in January, hoping that the sale of its patents would enable a quick emergence, but bids have come in lower than anticipated.

The sale of its patents and all or part of its document imaging and personalized imaging services likely means that a restructured Kodak would largely focus on commercial imaging, rather than the consumer business.