SDVI ready to ROCK! SDVI and its wholly owned

SDVI and its wholly owned subsidiary Graffiti Entertainment Inc. Has 158 APPS,Up & Running,Sales WorldWide+Deals w/Nintendo,Xbox,Playstation,etc - 66 iPhone Apps and 66 iPad Apps already up and running both PAID and FREE apps. They are huge. View all of SDVI aka Graffiti Entertainment APPS here https://itunes.apple.com/us/developer/graffit...1122223762

You can also view their apps here https://m.downloadatoz.com/developer/graffiti...nment-inc/

$SDVI currently has a lock on not issuing any new shares or changing the issued and outstanding for 90 days.

$SDVI is currently working toward updating the financials with otcmarkets.com. This will include Graffiti Entertainment financials...
In updating OTC Markets, consolidated financials will be used for Graffiti/SDVI and assets for all apps @ dev valuations..

An Investment of $4,000 from Kenneth Hurley to pay OTC Markets for posting financials and company news was sent on 1/4/17 - 1:55pm to OTC Markets order form and payment information for news service...24-36 hours for account setup and then posting of 1st PR .

3. Here's another SDVI Graffiti Entertainment, Inc. APP that was just released on Nov 14, 2016 and it has 10,000 downloads already. Driving Bad APP https://m.downloadatoz.com/driving-bad/com.dr...ulgoi.app/

These 3 new apps above shows the company is fully operating and up and running. Plus 500,000 downloads is a lot for just 1 APP they have that was released about 1 month ago. This is great! 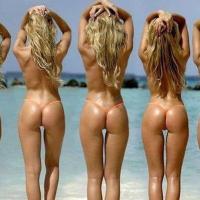