Bringing the “Smart Bra” to Market For the pa 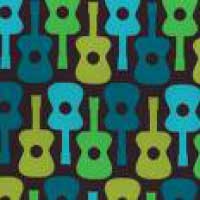 Posted By: Rhythm Guitar
Re: goarmy123 #20
Bringing the “Smart Bra” to Market
For the past 20 years, Lifeline Biotechnologies Inc. (OTC:LLBO) has been developing and testing a “smart bra” that can screen for very early signs of cancer. Early detection of breast cancer gives the patient more treatment options, better quality of life, and a much-increased chance of survival.
Lindsay was one of their first test subjects.
Now First Warning System Inc.’s product is almost ready to go to market. The Parent company Lifeline is the principal shareholder in the firm, which was founded in 2008 and headquartered in Reno.
First Warning is planning a final, limited clinical trial of its “smart bra,” as well as a premarket device classification with the FDA.
It is also preparing to apply for approval to go out in the UK, EU, and Russian markets. According to ABC News, the bra will go on sale in Europe sometime in 2013 and cost about $200.
This product could improve the lives of hundreds of millions of women around the world.
It’s miles ahead of what we have now. It even qualifies as “disruptive tech,” in that it could replace mammograms altogether.
You see, the mammogram remains the chief way doctors screen women for breast cancer, and it does save countless lives. But it is hardly foolproof.
The process is only accurate at finding cancer 70% of the time. Not only that, but about 750,000 biopsies called for by mammograms reveal no sign of cancer whatever. These “false positives” alone cost the U.S. $1 billion for tests that weren’t needed after all (not to mention the stress and fear these women must endure).
What’s more, mammograms don’t work well for women under 40. And yet breast cancer claims the lives of 6% of women under the age of 44.
That’s where the First Warning System comes in.
In three recent studies that looked at 650 women, the bra was much better than mammograms at spotting signs of possible cancer. It was right 90% of the time, the firm says.
Recently Lindsay taped a video for First Warning Systems to celebrate 19 years of life she might never have had without them, and it is getting buzz both in the media and on the Web.
The tech really hits home for me, and I suspect it will for many of you, too. See, my wife’s mom is a breast-cancer survivor. So we pay a lot of attention to this field. My wife would like to make use of a screening process that is much less invasive than mammograms.
And if it’s cheaper and more accurate, so much the better. Also, I have two teenage daughters, and I would feel a lot better if they could use a device like this starting in their early 20s.
This is a Triple Win
Now here’s why it’s so exciting for investors like us:
First Warning fits into two big cutting-edge trends at once – wearable electronics and a field known as bioinformatics.
Today’s sensors are so cheap and flexible, we can wear them in our clothes. More to the point, the software that crunches all this data relies on a steady stream of advances in artificial intelligence.
Add it all up, and we are on the verge of seeing billions of patients around the world take more control of their health.
In the case of the First Warning bra, women can work directly with their doctors rather than go to special clinics for screening. Make no mistake – this could be huge in terms of both sales and lives saved. Not to mention the chance to score stock gains in the very near future.
It all breaks down like this. Each year in the U.S. alone, women receive 48 million mammograms. The market for breast screening in the U.S. and Europe totals about $2 billion annually. The technology hasn’t really changed in decades. It’s uncomfortable, costly, and wildly inaccurate.
As soon as a cheaper, better, more accurate, and less-invasive technology comes along, the market will snap it up.
It sure doesn’t hurt that First Warning really is “disruptive” tech. By that I mean, its unique blend of sensors and software can turn the whole market for mammograms upside down.
For high-tech investors like us, it will be a triple win.
By backing this type of tech, we could save several hundred thousand lives. We also can help reduce health-care costs in the U.S., which we no doubt need to do. And we have the chance to score stock gains.
No, First Warning is not yet publicly traded. But it has received more than $13 million in venture funding, meaning that it is on the track to at least consider going public in the next few years.
Let’s suppose this company never does have an IPO. I’m not worried because some other opportunity will come along. I predict the market for biodata devices will explode in the next few years and will give us plenty of stocks to choose from.