Here you go. I believe he was a supporter for a wh 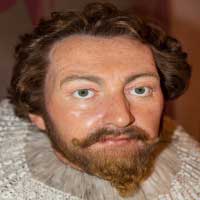 Posted By: Sir_Francelote
Re: tonto4 #604
Here you go. I believe he was a supporter for a while, but got upset with NTEK's business model. Either way, he may have a point.

Quote: Madhatter - I don't really want to take you to school on the fundamental business differences of the TRANSACTIONAL video on demand universe versus the SUBSCRIPTION video on demand universe, but perhaps a little knowledge from someone who ACTUALLY WORKS in the content space might help you wrap your head around things. Save your chest puffing on the close relationships UF has with all the TV manufacturers until UF actually gets their app on LG, Sony, Panasonic, Toshiba, Phillips and all the rest.

Back to the topic at hand. Transaction is a first-run business, subscription is a volume business, although recently Netflix (which is a subscription service, not a transactional business) has made huge strides with exclusive deals for the window as well as original programming. So apples and oranges.

But let's look at the TRANSACTIONAL pond, the pond UF is attempting to fish in:

Total number of 2015 feature films anyone has ever heard of currently available on the UF platform = 0.

Total number of 2014 feature films anyone has ever heard of currently available on the UF platform = 1 (Interstellar).

Total number of 2013 feature films anyone has ever heard of currently available on the UF platform = 1 (G.I. Retaliation).

Total “exclusive” feature films (of any age) in the transactional window on the UF platform = 0.

Nothing older than 2015 (or generously, late 2014 for big budget features) will drive any discernible revenue on a TVOD platform. Which is why real TVOD platforms (Apple, Amazon, Verizon, Comcast, TWC, ATT Uverse, DirecTV, Dish, etc.) rotate a healthy, generous offering of CURRENT first-run features immediately after they exit their theatrical windows.

Look no further than Verizon’s current TVOD rental releases (I could list everyone else’s, but you get the point) – all 2015 and late 2014 theatrical releases:

Only 20% of US homes have ever made a transactional video purchase, and on the high end, that consumer spends on OTT video USD 20 bucks per month. But that math makes sense for the big players listed above, as they reach a massive number of connected homes through their services already, and each home is already “connected” as well transactionally situated through their monthly billing.

So if the average “cable” bill is 100 bucks, increasing that revenue in even a small number of homes by another 1/5 is substantial, even with the split they give back to the studios. And the films don’t cost them anything – it’s a simple industry standard 70%/30% split with studios that produce the content.

But the only way this math works well as a TVOD business for these guys is if 1) they maintain a substantial – meaning multiple millions of homes – subscriber base; and 2) if they maintain a constantly rotating crop of first-run theatrical features available which they pay zero for out of pocket. After that, all the older film/tv revenue in OTT goes to the SVOD guys like Netflix (which is a bargain at approx. 50,000 titles for 8 bucks).

So until you can factually demonstrate that UF has accomplished the two very basic, fundamental drivers of a successful TVOD business, just stop.

If you want to take me to town on how NTEK's other divisions like ice sculpting operate and tell me how successful it is, go for it. I know zero about ice sculpting.

Oh and P.S. - the Paramount films go bye bye in 12 days, leaving UF with nothing anyone has ever heard of, let alone anything that will drive revenue.