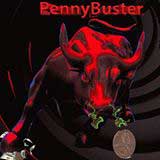 DALLAS, April 20, 2015 /PRNewswire/ -- Bayside Corp. (OTC: $BYSD) today announced interim gross sales revenue figures from its Hong Kong sale of Bitcoin and Vault 51. Bayside Corp. through its subsidiary company Bitcoinz USA launched the sale of Vault 51 and Bitcoin in Hong Kong on March 24, 2015. Since that time the company has generated gross sales revenue in excess of $250,000.

To continue, the company's sale of Bitcoin and Vault 51 to institutional clients served as a catalyst for its sales figures in the region. The company intends to make Vault 51 and the sale of Bitcoin available to consumers all across China through independent operators in the very near future.

Furthermore, the number of retailers now accepting Bitcoin is estimated to have exceeded 100,000 worldwide according to the latest industry figures. Which leaves a lot of room for growth. Bitcoinz USA believes that the United States of America as a world leader is a key player in the next phase of Bitcoin's growth and evolution.

As international countries, corporations and retailers follow the lead of the United States of America and American corporations by adopting Bitcoin as a form of payment for goods and service, the larger the worldwide Bitcoin eco-community will grow.

Vault 51 is an offline storage system for Bitcoin users, which is represented by a Physical Bitcoin. The electronic Bitcoin is then stored off-line in a secured computer chip known as Vault 51 and embedded in a Physical Bitcoin, which is not connected to the internet. This process is also known as cold storage and is done to avoid hacking, loss, or theft.

Bayside Corp. is an American multinational corporation that manages multiple subsidiary companies engaged in a variety of business industries and sectors. At Bayside Corp. we believe that the future is now and that our efforts today will have a long lasting impact for generations to come. For additional information about Bayside Corp. please visit: http://www.baysidecorp.com

To view the original version on PR Newswire, visit:http://www.prnewswire.com/news-releases/bayside-corp-announces-interim-sales-revenues-of-250000-300068608.html