NSAV Announces the Execution of a Due Diligence Ev 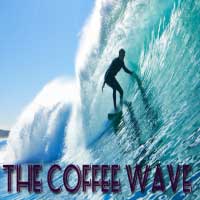 Posted By: aliangel
NSAV Announces the Execution of a Due Diligence Evaluation for Purposes of an Acquisition of an Institutional and Retail Distribution Firm

Oct 31, 2014 (eTeligis.com via COMTEX) -- PORT JEFFERSON, NY, United States, via ETELIGIS INC., 10/31/2014 - - Net Savings Link, Inc. (OTC Pink: NSAV) (PINKSHEETS: NSAV) today has announced the execution of an agreement by our new President, Leonard F. Genovese, on behalf of NSAV, to conduct a formal due diligence evaluation for purposes of a targeted merger/acquisition with a well-established firm that has an entrenched and long term presence in the Artisanal food and beverage/wellness/ and retail distribution space in the Northeastern portion of the U.S., and is expanding nationally. Mr. Genovese commented; "This is an exciting opportunity to pair the synergy of this firm with NSAV. The targeted firm has existing revenues with year over year growth for the past 3 fiscal terms, and has an established customer base that encompasses both a retail and institutional model." Mr. Genovese continued; "The firm not only has a domestic presence, but also has a European base that brings significant product variety into existing domestic markets that we are optimistic to enter. They are a leader in imported foods from certain European markets, and they hold various proprietary food packaging agreements that will enhance product diversity". Mr. Genovese continued; "we are optimistic that we will close on this agreement, pending the outcome of our D.D. evaluation, within the next 30-60 days."
Steven Baritz, the CEO of NSAV said, "NSAV 's recent decision to appoint Mr. Genovese has proven to already pay dividends in terms of corporate development, intermediate growth, and strategy. Mr. Genovese's mature contact base has expressed an eagerness to be a part of a firm that he is operating within a leadership capacity." Baritz continued, "We are expressing extreme optimism that this will be the first of many strategic growth opportunities that Mr. Genovese will facilitate for NSAV, and we are certain that they will be well received by both the consumer as well as the shareholder and investor community. We will provide a subsequent update on the status of this announcement in a subsequent release upon the conclusion of the due diligence evaluation.

Mr. Baritz also commented on a recent concern of shareholders regarding the removal of the DTC chill; "NSAV has made one of its top priorities, the removal of the DTC chill that has existed prior to the current management team's tenure on the Board". Baritz continued; "It is apparent that in order for NSAV to move to the next level that will be commensurate with our intermediate and long term objectives, the removal of the chill will be of paramount importance, and we expect to commence the process to remove the chill as soon as certain self- imposed metrics are achieved in regard to capital availability and revenue expectations".

Net Savings Link, Inc. owns and operates a wholly owned subsidiary, Global Distribution Corporation, a distribution company that markets and distributes products in varying industries including the supplement, wellness and natural remedies markets. People interested in learning more about Global Distribution should check back with the company at its website, www.Globaldistributioncorp.net .