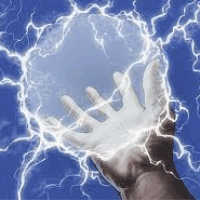 Thanks..it gives investors a good understanding of how they work in groups with their scare tactics acting like "Market TROLLS" or "Bozo Bashers" they have an AGENDA some are Flippers others are Paid by 3rd parties, some sites claim there is no PAID Bashers, that's F*** BS

the only BASHING type that i consider GOOD which i wouldn't call it BASHING but from some peoples POV it's seen like that, is those that are stating REAL CLAIMS backed up with PROOF,  with official FACTS from reliable sources and that doesn't repost constantly to annoy others, that goes for both the Longs & Shorts side, for example those that post on scams but that has the FACTS that it is a scam or a pump that are backed up with the compensation of 1-2-3-4 million dollars budget. that's warning others and being straight forward and NO MISLEADING INFO, that's the right way to REVEAL the truth..IMO


obviously some penny traders are looking for the MOMO or VOLUME surges or Speculating a rise in PPS value because of some signs in the Charts or an Event such as a Merger or JV or a NEW CEO takes control etc...  then it comes down to basic TRADING, but if the trader is Good at trading Pennies and have a Plan without marrying the stock some plays can be very profitable but more RISKY in Pennyland, ...IMO, just when i see BS being posted from certain 3rd party Bozo's with an obvious AGENDA and they deny it, it's laughable because they think we can't see behind the curtains of DECEIT of Greed & their BS Misinformation

between Pumpers/Promoters and Bashers, Bashing is ILLEGAL since it's considered MANIPULATION per SEC and add another ILLEGAL factor is the fact they have no DISCLAIMER that is forced to disclosed their compensations,  which it's obvious they are some, no sorry there is lots of Bashers that are PAID TO BASH besides the upset investors ranting about their bad investement choices, the SEC, DHS, FBI, DOJ, AMF, NASAA, FINRA some Agencies are aware of these MANIPULATION Scare Tactics while some should be more aware, but that shouldn't be far from being known to all since complaints are being submitted to them more about this type of groups.


All in my Opinion of Course

IMO...any compensated post should have a DISCLAIMER and we "THE RETAIL INVESTORS" see their is the opposite side of "PROMOTERS" aka "DEMOTERS" that are compensated but no disclosure is seen, per SEC Laws = "STOCK Manipulation".