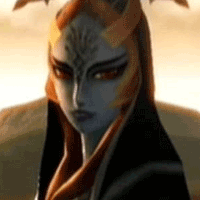 Posted By: Luna Tic
Volvo Trucks announced plans to use (DME) dimethyl ether in its heavy trucks from 2015 in North America, as an alternative to diesel fuel, because DME has the performance qualities and energy efficiency of diesel but can lower CO2 emissions by 95 percent and produces no soot.

DME is a non-toxic, non-carcinogenic fuel that can be made from a variety of domestic, sustainable feedstocks such as biogas from food and animal waste, wastewater treatment facilities and landfills. The 95 percent CO2 reduction is possible when DME is produced from biomass or biogas, Volvo said.

The company says North America’s abundant supply of natural gas can also be tapped and converted to DME, which could tackle the distribution, storage and fueling challenges that are typical when natural gas is used as fuel for heavy trucks.

Volvo began exploring alternative fuels back in 2007 and that year displayed seven commercial vehicles powered by different CO2-neutral fuels, one of which was DME, in downtown Brussels and in Stockholm. A year later it demonstrated the vehicles in its US operations.

The DME technology will be available in a Volvo D13 engine, which is its top-selling heavy-duty engine. The DME-powered vehicles will join a line-up that includes models which can run on compressed or liquefied natural gas (LNG).

The company will also introduce its own proprietary LNG compression-ignition engine in its models next year.

In March, Volvo and Shell agreed to cooperate globally on advancing liquefied natural gas as a fuel for commercial heavy duty trucks. Building on Volvo’s MethaneDiesel concept whereby LNG can be used in diesel engines, and with Shell’s LNG expertise and infrastructure investments, the two companies say they will coordinate their activities and support the wider use of LNG in the transport sector.