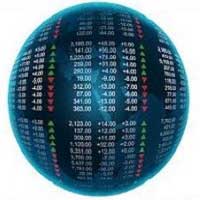 Statoil ASA's Focus on Returns and Higher-Grade Assets Should Pay Off
Stephen D., Simpson,, The Motley Fool - Motley Fool - Wed Mar 12, 10:21AM CDT
This year has already started off on a much better foot for Statoil than its recent stock market experience. Maligned for its high finding and development costs, its dependence on high oil prices, and its weaker near-term production growth,...


Exxon Wakes Up to the Reality of the Times
Arjun Sreekumar, The Motley Fool - Motley Fool - Sat Mar 08, 10:30AM CST
ExxonMobil , the nation's largest publicly traded oil and gas company, recently joined a growing chorus of oil majors seeking to slash spending in the face of insufficient returns. Will the company's decision pay off? Source: Wikimedia Commons...

Statoil Shows Asian Growth Potential
Daniel Gibbs, The Motley Fool - Motley Fool - Wed Mar 05, 3:32PM CST
On March 3, Norwegian oil and gas giant Statoil announced the results of a drill stem test at the company's massive Zafarani gas field off of the coast of Tanzania. The reason for this test was to analyze the future production potential of...

Eni, STO Sign HoA to Revise Contract - Analyst Blog
Zacks Equity Research - Zacks Investment Research - Tue Mar 04, 2:30PM CST
Eni SpA moved closer to a settlement with Statoil ASA with the signing of a Heads of Agreement relating to the revision of the terms of its long-term gas supply contract including price and volume.

General Electric’s Renewed Appetite for Sustainability a Big Win for Investors
Lennox Yieke, The Motley Fool - Motley Fool - Tue Mar 04, 10:26AM CST
General Electric recently announced that it intends to splash $10 billion in clean energy research by 2020. The focus will be on wind energy as well as exploring the use of capture-use-recapture CO2 systems. The initiative, which is a joint effort...

War in Ukraine Highlights Europe's Biggest Need in the Energy World
Tyler Crowe, The Motley Fool - Motley Fool - Tue Mar 04, 10:15AM CST
Think of the global energy markets like a spider web. Each single strand connected to another, but some of the strands are more critical to the entire structure. Take both Syria and Ukraine. Like a short strand in the middle of the web, the Syrian...