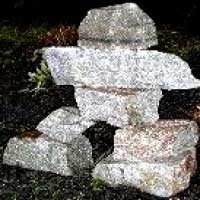 Broad commercialization may be a long way off, but direct-carbon fuel cells could one day hold the key to cleaner, more efficient stationary-power generation in plants delivering several hundred megawatts of capacity.

WHILE MOST FUEL cells are classified by their electrolyte, a new type of fuel cell is being developed that is best classified by its fuel – carbon. Carbon is an attractive fuel because it is contained in a variety of regionally dispersed and easily accessible resources, including coal, lignite, natural gas, petroleum, biomass and waste materials (such as plastic), or refining byproducts such as coke. Unlike hydrogen, which is more frequently used to run fuel cells, carbon and carbon-containing materials are easy to store and transport. What’s more, many of the researchers currently developing direct-carbon fuel cells (DCFCs) believe that the systems they are working on will one day be robust enough to use carbon-containing sources such as coal directly in the fuel cell.

If DCFCs progress as those researchers hope, the technology will have dramatic implications through its potential to reduce carbon dioxide (CO2) emissions and expand the range of resources that can be used to generate electricity in stationarypower systems. Put simply, DCFCs represent a way to convert carbon’s chemical energy to electricity efficiently and without forming by-products associated with conventional combustion – i.e. particulates, nitrous oxides (NOx), sulphur oxides (SOx) and mercury (although impurities that exist in coal, such as sulphur, will still exist as part of some waste stream).

Generating electricity from coal electrochemically will produce CO2, a greenhouse gas, but because DCFCs could be significantly more efficient than conventional coal-fired power plants, the emissions could be reduced significantly for each unit of electricity generated. On top of this, some DCFC developers expect to recover the CO2 in a concentrated stream that can be easily captured and sequestered.