SYDNEY (MarketWatch) — Forty years ago, it was illegal to own a piece of art in China. These days, it’s the second-largest art market in the world.


A new wealthy class, along with a lack of investment options, has propelled China’s ascendancy in the global art trade, which last year was worth around $63 billion. The United States dominates at about $21 billion.


As China’s slice of the international market has grown steadily, Europe’s has declined. As a whole, the development of Asia’s art trade poses a real threat to Europe, where taxes are rising along with a perception that it’s a tough place to do business. 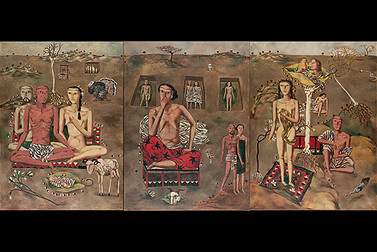 “The same thing happened to Paris, the center of the art trade in the 1950s. The taxes and regulations became just too onerous on buyers and sellers,” according to economist Dr. Clare McAndrew, founder of Arts Economics. “The whole market shifted from Paris to the U.S. and the U.K.“


Sales already are drifting east. The value of China’s art market — which includes mainland China, Hong Kong, Macau and Taiwan — has more than doubled since 2009.


In March, a report by the European Fine Art Foundation found China was behind only the United States as the world’s biggest art market by value, coming in ahead of the United Kingdom for the first time.


But as Europe grapples with its business challenges, China confronts a serious image problem: The Chinese art market is saturated with tales of fakes, fraud and underhand practices — a barrier to international buyers and longer-term success.


A flood of works and the money to buy them have supported the rapid domestic expansion of China’s art market. “There’s a rich history of thousands of years of art in China, so there’s a huge amount of supply coming onto the market for the first time,” McAndrew said.  See a slide show of recent auctions in Asian art breaking price records.


The number of billionaires in China nearly doubled this year to 115, while the United States added just 10 in the Forbes list of the world’s richest people.


“In China, they don’t have open money markets or commodity markets. For the amount of wealth that has been generated, there’s not many options for investment. The art market is one of the few areas where there is quite a strong investment position being taken,” Lin commented.


McAndrew notes China is “quite undeveloped for the amount of cash floating around,” and believes that local buyers have embraced the money-making potential of art more quickly than other societies.


“Chinese are more interested in the investment angle of buying and selling art than other countries,” she said. “Especially in Europe, people sort of look at you with disdain. The Chinese are taking it on straight away.”


The year 2006 “was the first time we really saw China coming into the global marketplace in any big way — at about 5% of the global value of sales,” elaborated McAndrew, who prepared the March report for the European Fine Art Foundation, known as TEFAF.


“Last year it took a huge jump into second place, and pushed out the U.K. It’s a big deal in Europe, because there are a lot of fears that the art trade is shifting out of Europe anyway and going more to the U.S. and China,” she said.


China was the fastest growing market for contemporary art, according to the TEFAF report. Traditional sectors including porcelain, ceramics and Chinese painting and calligraphy also saw record auction prices, more than tripling year over year.


“Chairman Mao was in power until the end of the 1970s, and it was illegal to own a piece of art or to exchange or inherit it. It was a closed shop to the rest of the world. China has come from virtually nothing to be a huge global power in a short space of time,” McAndrew added. 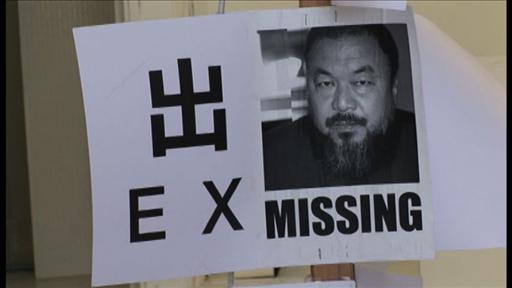 
The detention of Chinese artist Ai Weiwei and a crackdown on political dissent on the mainland is pushing Hong Kong's artists to creatively express their concerns. Video courtesy of AFP.


In the southeast Australian city of Melbourne, Marjorie Ho founded the East & West Art gallery 38 years ago, exhibiting Asian art and antiques. “The sorts of paintings that I bought in the 1970s when China first opened didn’t sell. Not even to the big boys,” she said.